Moritz is a beer company based in Barcelona since 1856, when it was founded by Frenchman Louis Moritz Trautmann, returned to business in 2004. Previously, the company had almost been wiped out during the 70's. Since then the company has gone from strength to strength. Impacting not just on the business landscape but also revitalizing the cultural life of the city. In the building is host the factory of its unpasteurized beer served in the space of M-store where External Reference, once again, had the pleasure of painting a space to taste, not only its famous fresh beer, but brand unique identity. Drawing on a palate of glass, stainless steel and iron builds an atmosphere accompanied by the traditional craft beer tanks where beer is coming directly to shooter. This tank is also converted to display brand's souvenirs and products. 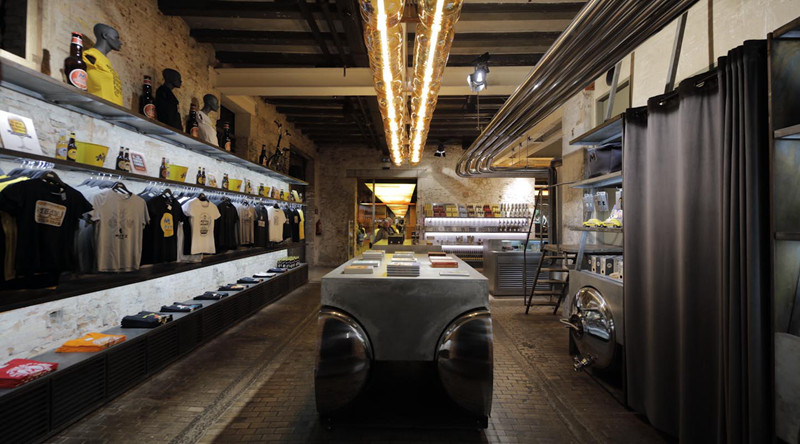