AESOP PETITE BOURGOGNE A space related to a great modest history of the city The district of Petite-Bourgogne in Montreal is closely linked to the strategic infrastructures that the city had in relationship to the continental commerce of the early 20th Century. Close to the Lachine canal, it was once a vivid working class neighbourhood that was closely linked to the industrial activities boarding the canal. After the decline of the canal by the development of road transportation, la Petite-Bourgogne became less attractive in term of real estate but paradoxically became one of the most popular cabaret scene for the emerging jazz society coming from the southern boarder, giving birth to some famous figures as Oscar Peterson. It was only a decade ago that the district finally started to see a major renewal, as abandon industries were transformed in collective housings and new public spaces were built. Today, it has become one of the trendiest neighbourhood of the city. The concept of the Aesop Petite Bourgogne store evokes the intimacy of these small venues that housed the jazz scene of Montreal of the mid-Century. Nested in an old commercial space of rue Notre-Dame, the architectural approach evoques the rich and a dark palette of old cabarets mixed with free standing, rounded shape brass displays that procures a « wrap around » feel and evoques the glits of wind intruments of the area. 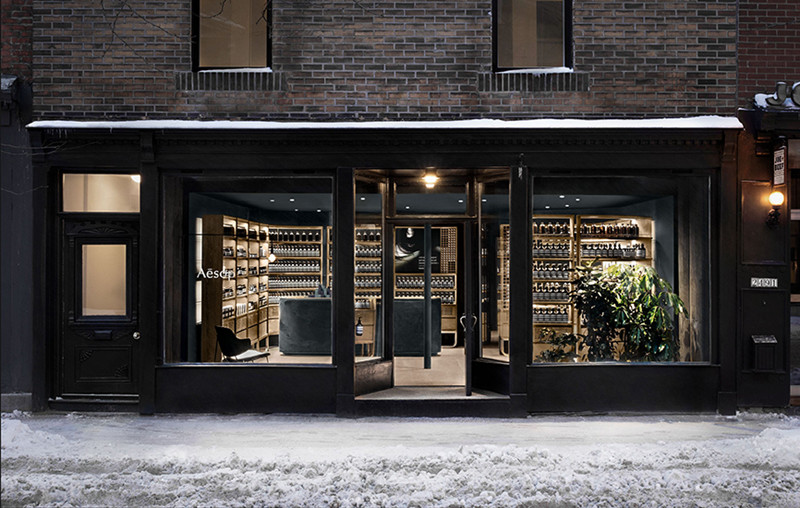 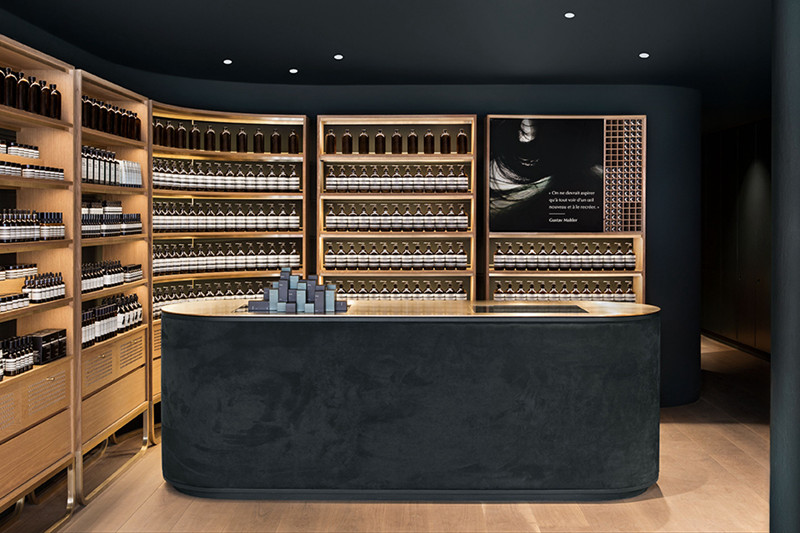